Wow.. I cannot believe it’s 2016. I feel like it went by so quick, yet so many things happened this year. For me 2015 was probably one of the hardest, most painful years of my life. I mean from the beginning this year started off badly. I remember I had this huge injury on my foot from a coral that had cut me during our vacation at the beach. Then when I was heading back to Dallas with my family, I got an allergic reaction. Something that I had never gotten before, so being scared was an understatement. After these few things happened, I kept getting bad news after bad news. First, my mom called me in late January sobbing, telling me our dogs had been stolen. I was completely heartbroken, because these dogs were part of our family, especially after eight years. I think any dog owner can relate to the attachment. Then as if that news wasn’t devastating enough, my mom followed up with the horrendous story that lead to that event. Apparently, my grandfather was taking out my dogs because it was very late in the night. Then out of nowhere 3 guys came up to him with a gun and were trying to break into my grandparents house. They kept threatening to kill my grandpa if he didn’t let them in the house, but in his great love for my mom that was inside the house he said no. After seeing that he wasn’t going to let them in, they grabbed my dogs and took off. Even though it was painful to know we would never see our dogs again, we were so grateful that nothing happened to my grandpa. I thank the Lord that his hand was with him that night and nothing was able to touch him, because I don’t know what I would do without him. Not long after this, many relationships in my life were falling apart, and at some point I felt really hopeless and was just wishing for some good news. Yet my life was going from bad to worse and as much as I tried to mend things and get things right, for some reason it wouldn’t.

Then I had to make a decision, and that was to come back to Mexico for awhile. I knew my life was not going in the direction I wanted it to go, and I was not seeking God. Now that I’ve been here a few months I’ve realized that I really did need to change things in my life. I was living a life that was not what God had planned for me, and I think that’s why I was so unhappy. I also think God brought me back so I could accomplish a lot of things I wanted to do (such as my blog, and all the things in my shop). Unfortunately, right before I thought my life was getting back on track is when my dads car accident happened. Many of you that follow me on social media knew a glimpse of what had happened. He was rushed to the hospital where my grandpa (same grandpa from above) was waiting for him. We were pretty far away when we got the call about the accident but my grandpa said that as soon as my dad got out of the ambulance my dad started having compulsions. My dad had lost 5 liters of blood, which is pretty much what we have inside our body. If he had been stuck in the car for 5 more minutes he would’ve bled out to death. Yet in God’s never ending grace, a guy saw the accident and called 911 immediately. The doctor told us that he didn’t really think my dad would survive 24 hours. My dad had gotten a type C pelvic injury which is the most severe. Seven of out ten people that have this injury don’t survive. He also had a broken nose, third degree burns, and internal bleeding from how bad the car had pressed against his stomach area. My dad was in an induced coma for 9 days ongoing numerous surgeries, but during those days the news that kept coming back to us was all negative. We honestly thought he was going to die, because at some point he even stopped breathing and needed the assistance of machines. { I honestly want to thank everyone that prayed for him and messaged me during that time. Even people I didn’t know were so kind, and from the bottom of my heart I want to say thank you.} Then the day before he woke up from the coma, everyone had been emotionally tired and we were pretty much saying our goodbyes. I think in the darkest time of our lives is when God shows his glory. My dad woke up the next day, and even the doctors said it was a miracle. A few days later he was able to leave ICU but still remained in the hospital. He was unable to move his legs completely but in a few days the progress he made was even shocking to the doctors. Now my dad is home, but still remains on bed rest because the doctors don’t want to risk any pelvic movement. Then a week later on Thanksgiving we got a call that my grandpa ( my dad’s dad) passed away. This brought even more sadness to our family. As I look back at 2015, I realize that I could have lost all my male figures this year.

Now I could give even more details about these stories, but I didn’t want to make this post forever long. As I was reading through my journal a few days ago, I noticed the pain I went through yet the assurance that God was with me through every step. I kept writing down that God’s plan was perfect and whatever was happening was for a reason. I think people that go through difficult seasons like I did this year often have a great calling upon their life. I compare my life to Josephs’ and how he was sold, enslaved, imprisoned all before he became ruler of Egypt. Now his suffering didn’t last a year like mine, his was for over 10 years. I can’t imagine dealing with uncertainty for that long, but I think Joseph and I had/have one thing in common. Throughout the difficulties of time, we always trusted the Lord and never strayed away from Him. I think the most important life lessons as a Christian is to know that God works everything for our good if we love Him (Rom 8:28)

And we know that in all things God works for the good of those who love him, who[a]have been called according to his purpose.

For I know the plans I have for you,” declares the Lord, “plans to prosper you and not to harm you, plans to give you hope and a future.

When you love God and things look so dark, there’s not a better feeling than knowing that something good is going to come out of it. When my dad was in the hospital people would tell me I looked fine; that I didn’t look sad. I truly had peace because I know God’s plan is perfect and whatever he had for my dad was going to be part of a plan that was bigger than us whether he lived or not. I know that seems heartless, but I know many people that weep about certain situations and I understand that sadness gets the best of us sometimes, but we truly need to trust God in everything. Maybe God is using your situation to turn it into a testimony so others may come to Christ (2 Cor 12:9).. Now my family and I can see clearly why we went through certain things this year. My dad is now a living miracle, and many people can see that.

Now when we know that God’s plan is perfect, we really don’t have to worry about the future. Take a look at Joseph, God’s plan for his life was to save everyone from the famine. I think Joseph had to trust God and trust that what he was going through was all part of a perfect plan. I think he had to know this because Joseph wasn’t in these terrible situations because of something he had done. It was simply injustice that God let him go through to take him to where he was suppose to be. I think Christians really need to know the difference between consequences, and trials. Consequences are things that happen to us when we fail to obey Gods word, yet trials are things that we cannot comprehend. Regardless of our lack of understanding, God let’s us go through them to mold us into the person we have to become. God will never leave his children alone, in fact He goes BEFORE US. That statement alone tells us that God already knows where we are headed and where we should go. I think knowing these two things can help us through difficult times in our lives. It gives us assurance that everything will be alright and God is sovereign and knows exactly what He is doing. People that go through the hardest trials, I think have an amazing purpose for their life. Sometimes we don’t see it because we haven’t really asked God what He wants from us. We tend to only seek him during trials, so He puts situations like that in our life so we can truly call out to Him and get right on track with His plan.

So in conclusion, I just want to say that I trust God that this year will be amazing. Regardless of future trials I may face, I know that God is purifying me through the process. I thank God for everything that happened this past year, because without it I wouldn’t be the person He planned for me to be. Just remember that no matter how hard things may get God already knows the future and what it holds, so trust Him in EVERYTHING. What He has in store for us is far beyond better than what we can ever imagine! 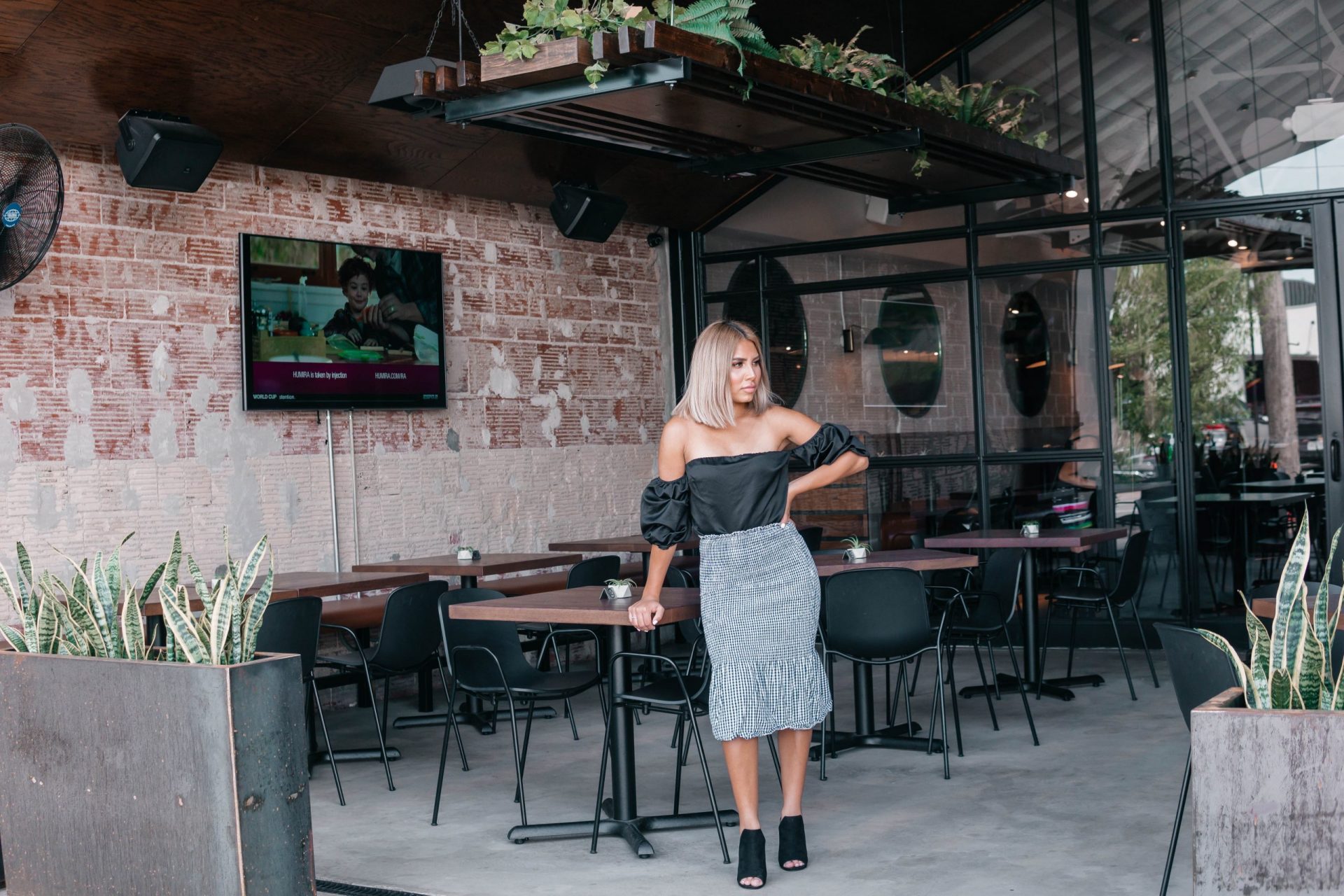 How To Stay At The Top

This error message is only visible to WordPress admins